Note: purchases through our links may earn us a small commission, supporting new content development. It doesn’t cost you anything extra. And we only recommend things we use ourselves! Learn more in our policies.

What is doll hacking?

In this article we’ll survey combinatorial creation based on toy parts, in both maker and artist domains, in various forms from simple to complex.  Hopefully this’ll provide some inspiration for your own mashup efforts!

It probably goes without saying that people have been tinkering with cast-offs, and improving boring toys, since time began.  But for the purposes of this survey, let’s say the formal practice of designing delightfully unexpected toy mashups got its jump start with Toy Story (1995), in which the evil neighbor kid, Sid, turned innocent unloved toys into sad monsters that lived under his bed.  The Pixar Wiki has a rundown.  And here they are recreated as collectibles in Hasbro’s Sid’s Room Gift Pack from 2001:

Toy hacking workshops were a bit more popular a few years back, when the sales of small toys were not as hindered by the rise of video play.  They are typically festive free-for-alls where people cut and break and hot-glue random things together into funny new creations.  Toy hacking workshops were often the first places people got exposure to the frankenstein cut and paste process, and the surprising power of the mashup to transform unwanted products into compelling objects!

A sibling of toy hacking is circuit bending, which is particularly focused on altering the sounds that electronic toys make, to make new sounds and music.  And toy hacking often also involves electricity, electronics and mechanisms. But today we’re focusing on the art of plastic! That most basic of toy hacking activities: reassembly of dolls and figures, often using nothing more than brute force for disassembly and hot glue for reassembly.  The great thing about this simplest of approaches is the emergent emotional properties: the sheer delight of unexpected combinations.

What about decorating these types of mashups? With care and skill, these unexpected juxtapositions can be turned into compelling sculpture.   Julia Sisi has combined Barbie and other figures with ancient forms of pattern and decoration to make many beautiful, funny and compelling objects.

Her pattern language reminds me of a lot of ancient decorative motifs from around the world.  In particular I think of the Australian Aboriginal people’s dotted animal images.

Artists have long recognized the mesmerizing power of repetition.  Jon Bainart’s sculptures from doll parts are a beautiful example of how compelling this can be.  Of course, he also doubles down with some captivating facial expressions which, in this pair of sculptures, play so well off each other.

These pieces also seem to me to be taking advantage of the universal uncanny valley of “whoa, too many arms!”  The piece on the right in particular makes me think of Durga, which Wikipedia calls “the principal Hindu goddess of war, strength and protection…combating evils and demonic forces that threaten peace, prosperity, and Dharma the power of good over evil. Durga is also a fierce form of the protective mother goddess”

The legal risks of Barbie hacking in art

Can artists use popular culture in their work?  On the face of it, it would seem the answer is yes, obviously: that’s what art is, a conversation in, with and about culture.  And in fact, that seems to be the essence of Fair Use in copyright law: to carve out protections free expression.

But when it comes to iconic brands, who scrupulously defend brand identities worth billions, this turns out to be a hard-won right for artists.  Here is a fascinating writeup of a 2004 decision in which a judge decides for artists right to use Barbie in their work.

Toys as models for custom objects

One possible workaround for licensing issues might be to create combinations which are clearly meeting part one of the four part test, the transformative factor.  “Has the material you have taken from the original work been transformed by adding new expression or meaning? Was value added to the original by creating new information, new aesthetics, new insights, and understandings?”

One artist who slam dunks that requirement is Matias Kalaka, who turns his toy mashups into custom vinyl.  Check out Mr ET:

Zoom out: toys and assemblage

Another approach is to use found objects as media: like big pixels, for creating larger scale assembled forms.  Where the individual parts, more like dots on a canvas, are subsumed into a new image or form.  And like pixels, less of the component parts’ individual meaning and form remains, but in their repetition can be found an eerie power source.

In the 20th century, this type of process was labeled assemblage. At its core, the word really just means “using non-art materials.”  But a sub-discipline emerged that played with the power of repetition.  A well known practitioner of the repetition form of assemblage, using plastic toys, is Australian artist Freya Jobbins.

Although the practice of assemblage got named in the 20th Century, the appreciation of the emotional power of unexpected juxtapositions, repetition and assembly has been the bread and butter of artists for many centuries.  Check out this painting by Arcimboldo, an Italian painter in the 16th century, who made his career out of arranging vegetables and fruit into likenesses.

If you want to try some doll hacking on your own, there are a lot of glues that can help you make plastic parts go together seamlessly and invisibly.  But, you have to get good at identifying your plastic compounds, because each uses a different adhesive chemistry.  And: a lot of specialty adhesives are toxic.

Alternatively, for quick and colorful frankentoy experiments, nothing beats Sugru, a low-toxicity epoxy putty available in a lot of nice colors.

Or you could not have any fun at all...

It’s bizarre that toy companies make boring products, which people promptly tear apart, and customize , and mash up, and make interesting.  Now, if you were a toy designer, shouldn’t you learn from that?  Or not; instead, you could just try and co-opt the creative process.  And at the same time drain all the fun out of it!  The Ben-10 Omni Glitch series is a good example of this weird “no need to do any actual creative and interesting work, we’ve already done the mashup for you!” thing.

Better yet, build something interesting!

Do any of these ideas inspire you to build something?  Grab some sugru, hit your local salvation army for a bunch of cheap plastic toys, and have at it.  And be sure to check out our projects which use figurines, here are a couple: 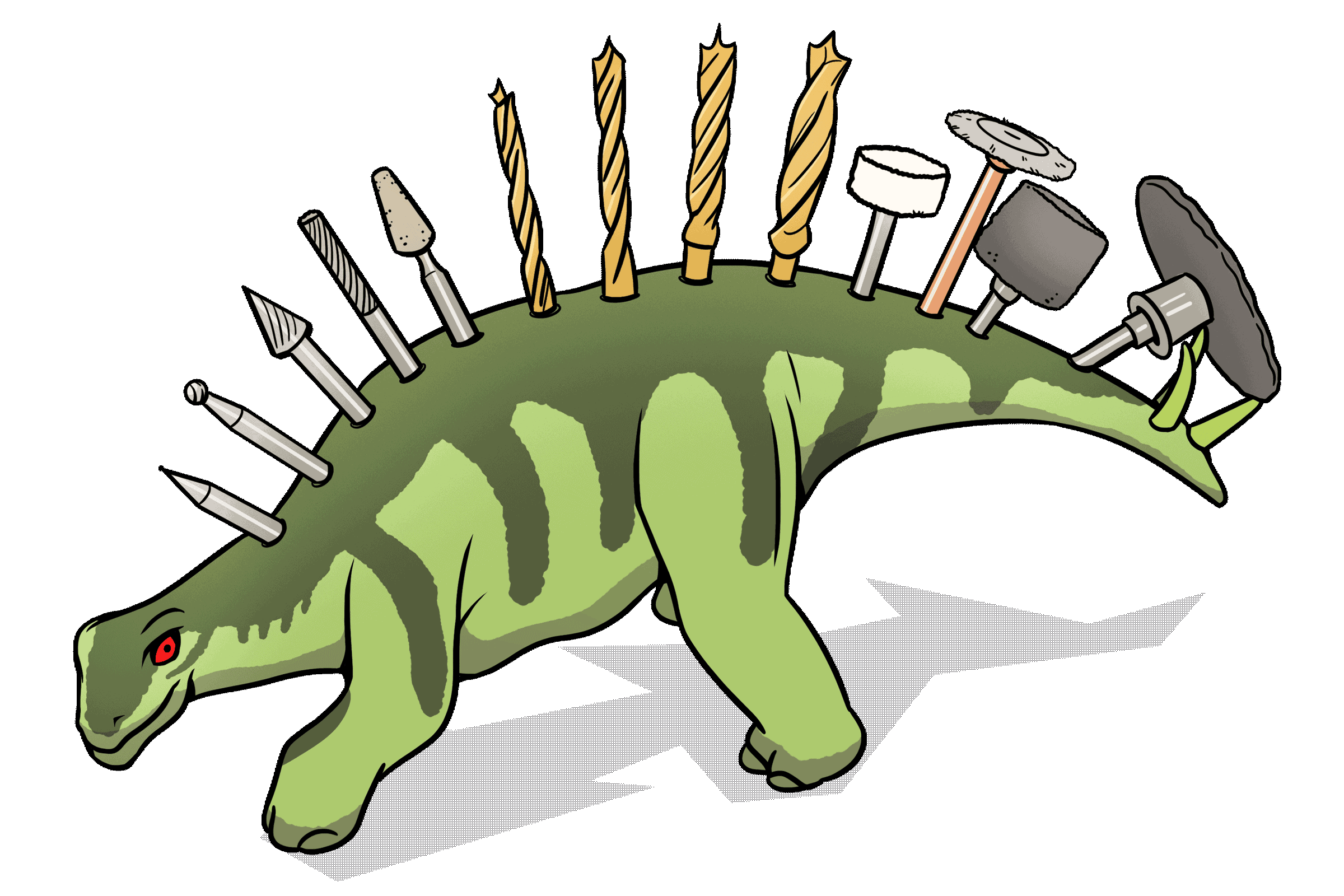 Convert that box of multi-tool bits into a fresh and useful creature organizer, where the bits look like spines! 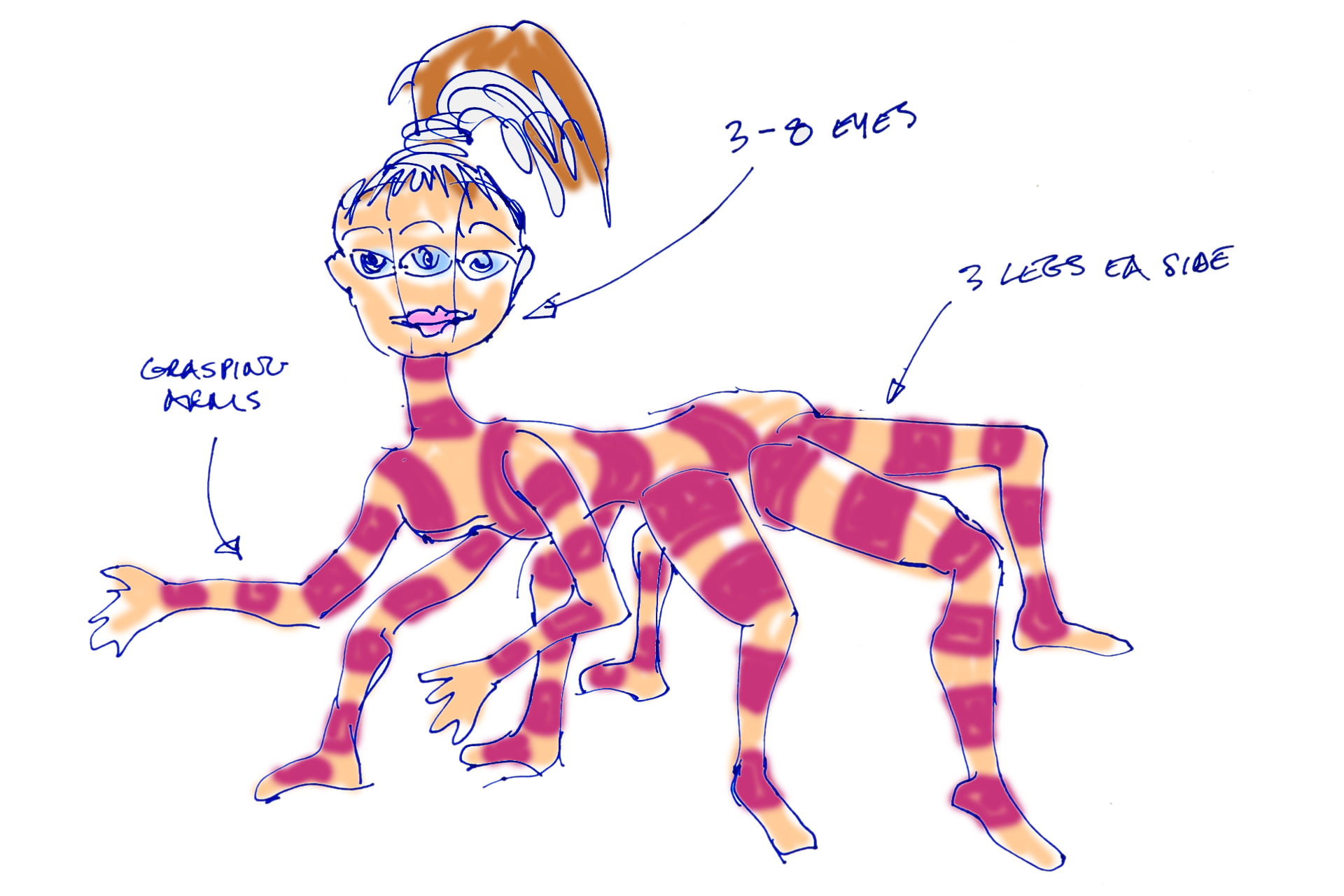 This build would be a fast, reasonably easy project to combine three Barbies or similar figurines into a six-leg, two-pincer spider creature, with some cutting, heat bending, gluing and painting.

Tools and supplies for plastic modding

We have a lot of suggestions for tools and materials for plastic modding in the shop.  Here are a couple: 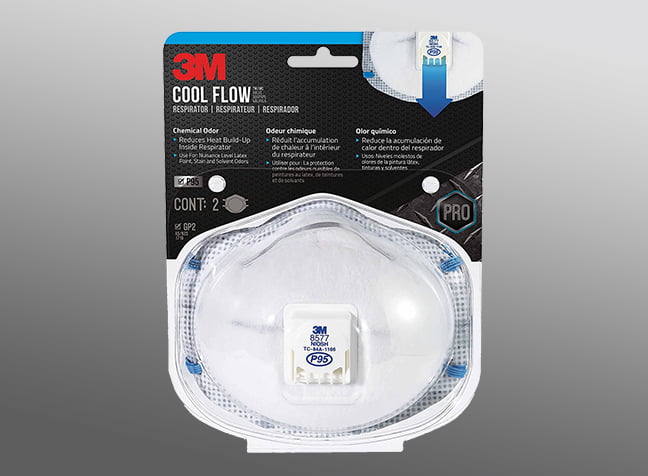 Most every project starts with a good dust mask! 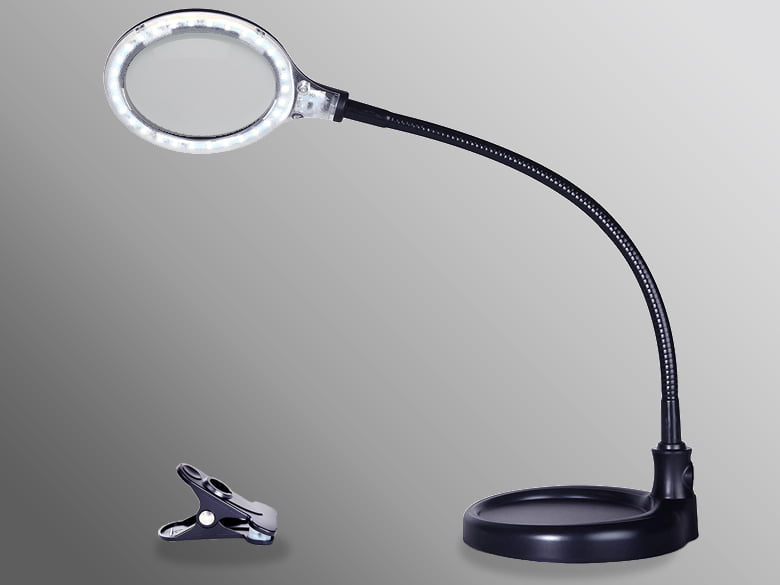 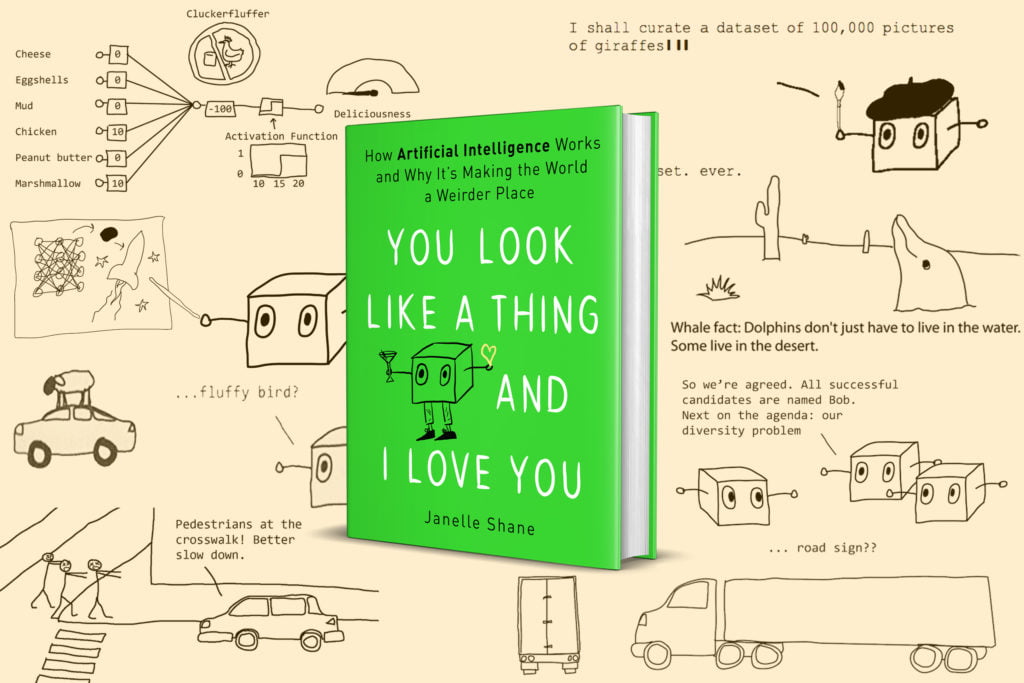 A funny, enlightening and non-technical primer on how AI language systems work, their strengths and weaknesses. If you like the author’s blog AI Weirdness, this book is for you!

Last Updated: Jan 21, 2021
Check out this idea for a new article. If you like it, upvote it, to accelerate its development!
Proposed Article 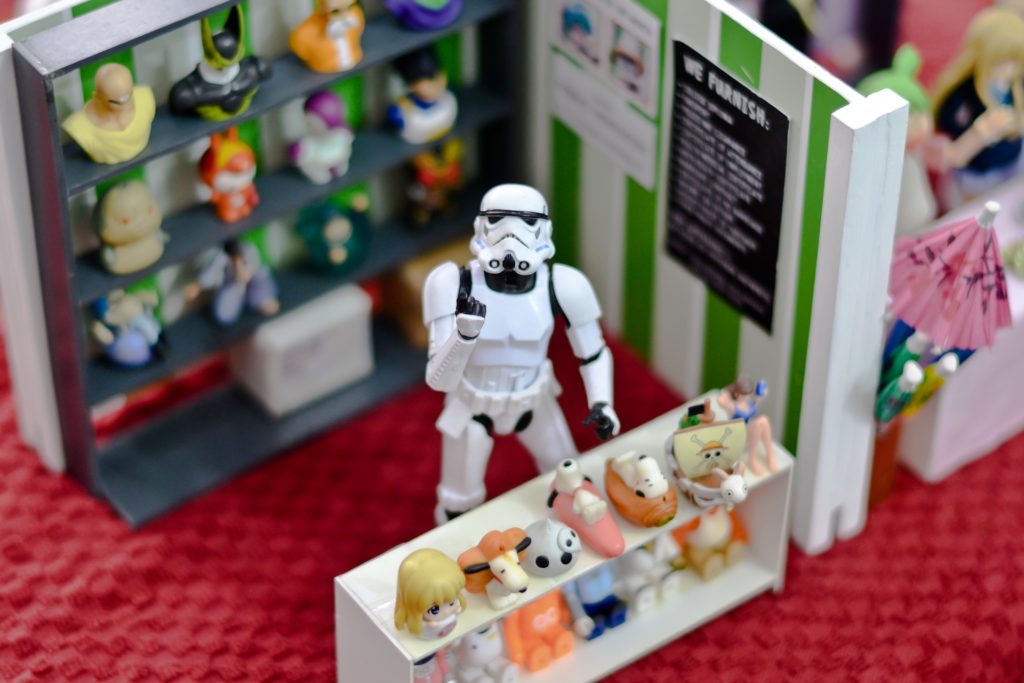 An exploration of handmade miniature worlds: the history, art, and craft of dioramas, tiny scenes in a snowglobe, a box, or a bell jar.

Last Updated: Jan 16, 2021
Check out this idea for a new article. If you like it, upvote it, to accelerate its development!
Proposed Article 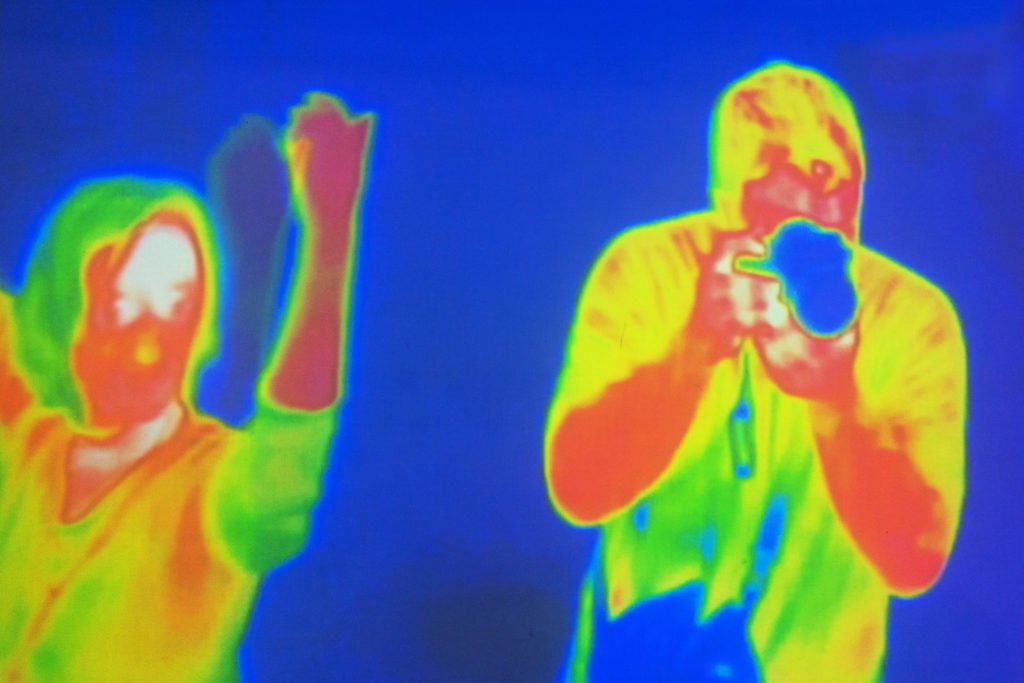 Thermal imaging phone attachments are awesome! In this review we’ll look at the best low-cost thermal imaging adapter you can get today for iOS or Android.

Last Updated: Jan 16, 2021
Check out this idea for a new article. If you like it, upvote it, to accelerate its development!

Please confirm you want to block this member.

You will no longer be able to:

Please note: This action will also remove this member from your connections and send a report to the site admin. Please allow a few minutes for this process to complete.